Read Linux Voice for free! Nine months after an issue has been on sale, we release it under the terms of the Creative Commons BY-SA license. So, everyone can redistribute and update the contents to benefit the community. Click the images below to download the issues we’ve already released.

Turbo-charge your desktop environment; discover the new OS from the Linux Foundation; run an online office suite; build an OpenStack cloud; and master your Raspberry Pi.

Set up a honeypot to trap hackers; explore the ELF executable file format; turn photos into 3D models with photogrammetry; add a HAT to your Raspberry Pi; and tame unruly CSS with SASS.

Encrypt all your data; find the best scripting language; discover the CHIP $9 computer; control your web traffic using the Squid proxy server; and clone machines by transmitting hard drive images over the network.

Use Linux smarter with our mega tips compendium; learn about how codes of conflict are changing the FOSS world; build a quiz machine with your Raspberry Pi; and monitor your servers over Bluetooth.

Explore the hottest Linux desktops, build your own distro with SUSE Studio, share files and folders with Syncthing, and scan barcodes with your Raspberry Pi.

Linux projects galore, Google’s Summer of Code, lightning fast web serving with Nginx, how to write LibreOffice macros, and stop your Android phone from spying on you.

Take back your privacy, understand how the Linux kernel works, play classic games on emulators, inside the OpenSUSE project and much more.

Inside the Ubuntu phone, start your own Free Software project, explore cryptocurrencies, how the x86 architecture works, and the best NAS distros on test.

Everything you need to know about the Raspberry Pi 2, Bruce Schneier on “idiotic” government anti-encryption plans, and take back control of your smartphone with CyanogenMod.

Why 2015 is the best year yet for Linux, Lennart Poettering on Systemd and flamewars, get started with assembly language, inside the Electronic Frontier Foundtion, and build your own media center.

The history and future of Free Software, Asm.js explained, fun with the Linux Voice pub quiz, plus in-depth tutorials on penetration testing, backups with Deja Dup, and running Windows apps on Linux via Wine.

How Linux beats Windows 10, fix Grub problems, understand how Systemd works, master the i3 tiling window manager, and do cool stuff with your Raspberry Pi.

Build your own distro, learn how password crackers work, control your TV from your smartphone, and back up your data securely.

Find the perfect distro for you, overclock your Raspberry Pi, reverse engineer device drivers, and hear from the lead developer of Ubuntu’s Mir project.

Explore the tricks of hackers/crackers, discover the awesomeness of NetHack, and learn how to compile software from source code with our in-depth guide. 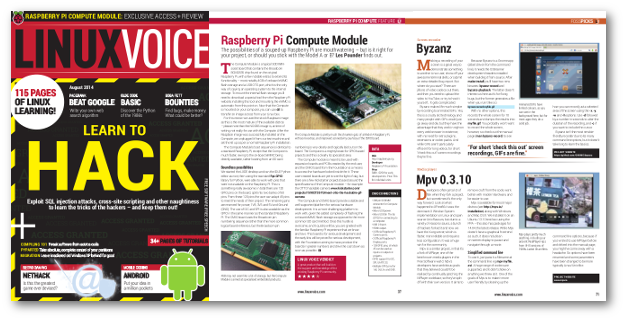 Become a command line guru, search for comets with Python, and discover the awesome works of Alan Turing. 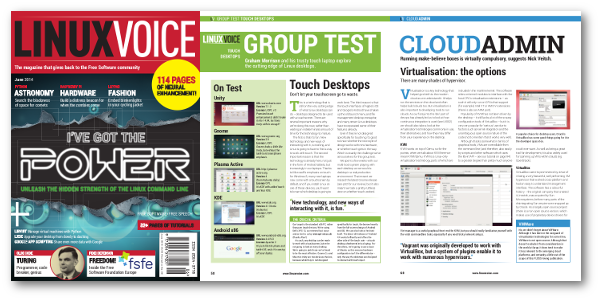 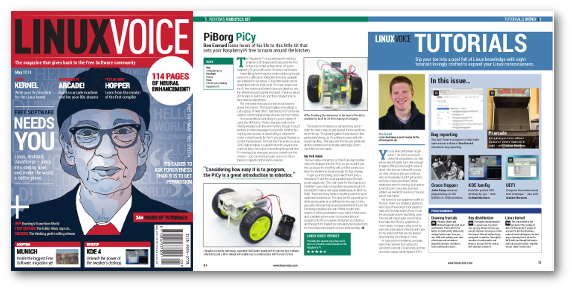 The launch issue! Secure your emails with PGP, make delicious beer with BrewPi, and understand how Bitcoin works.