Harness the power of open source to capture light and shade in stunning photo composites.

Photos with a high dynamic range (HDR) have a quality and detail that can’t be matched by ordinary photos. This is because an HDR image is a combination of both the underexposed and overexposed details within more than one photo – the parts that are usually lost when your camera attempts to set a single exposure value for a single shot. The most popular solution, and the one commonly referred to as HDR, involves taking the same photo at different exposure settings and then combining the various images with a clever piece of software that can then export the final HDR image. And that’s exactly what we’re going to show you to do now. 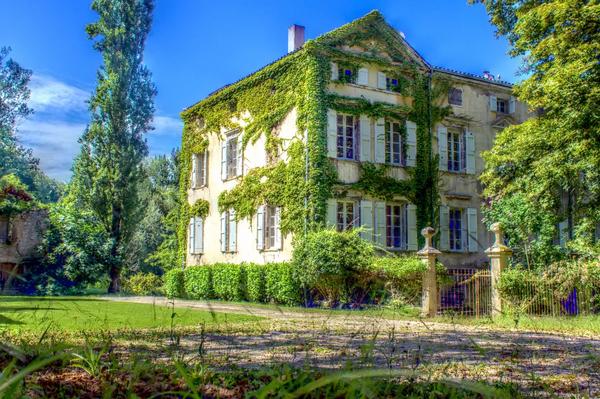 Turn an old French château into a vibrant explosion of colour and detail.

Steady as she goes 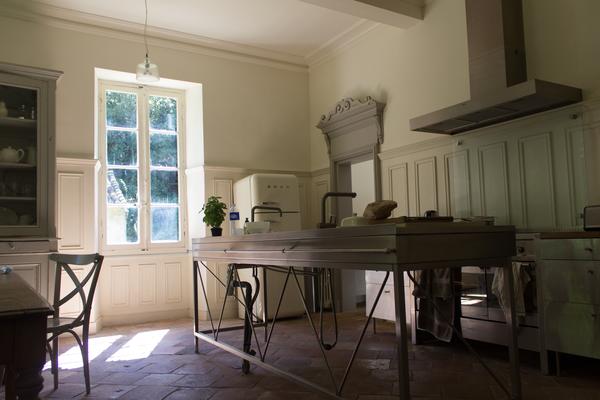 You’ll need a camera that enables you to control the exposure settings, because you’ll need to adjust these between each of the shots we’re going to take. And because the final generated image is going to be a clever composite of all these shots, it’s absolutely essential that your camera remains in exactly the same position between each shot. If not, the hassle of aligning your images or compensating for even a small movement can take much of the enjoyment out of creating the images.

For this reason, you should try to use a tripod, or at the very least, find a stable place to put your camera and use its timer delay function. This will help to remove any wobble added by your finger prodding the shutter button. In the below image you can see that HDR would be able to bring out the details in the dark parts of the image without overexposing the bright part shining through the window.

Use a camera with bracketing 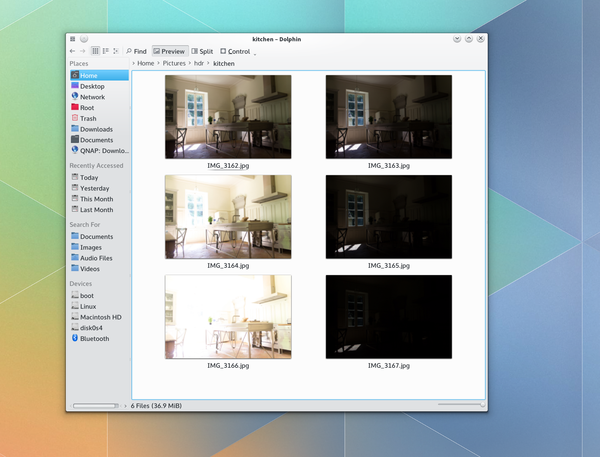 Some cameras can now do this automatically with a function called ‘bracketing’ – ramping up the exposure in a scene from underexposed (dark) to overexposed (light). Canon’s DSLRs are our option purely because they can run the Magic Lantern open source firmware. This brilliant third-party firmware is worth a tutorial in itself, as it adds a host of excellent features not enabled by Canon.

With the firmware installed, for example, HDR Bracketing is the first option in the custom menu, and when this is enabled you simply press the shutter. Magic Lantern calculates how many different exposures are needed and takes the shots as required. If you need to do this manually, make sure your camera is in its aperture value mode, set manual focus, use the timer and change the aperture/exposure values – typically six times – -3,-2,-1,+1,+2,+3. 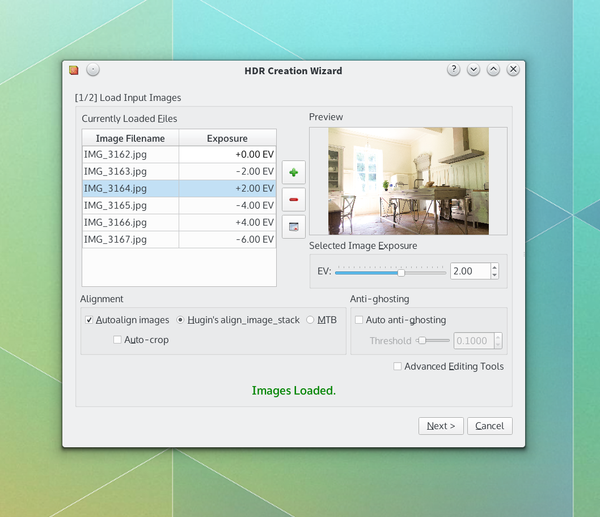 The software that’s going to perform most of the magic is called Luminance HDR, and we used version 2.4.0. You should be able to find it from your distribution’s package manager. You should also install the beta version of hugin. This is the awesome panorama stitching tool, and its align-image-stack command is used by Luminance HDR to ensure each image is perfectly aligned. With that out of the way, launch Luminance HDR and click on the ‘New HDR Image’ button. This will open a requester where you should add your set of images with the + icon. Your camera should include the exposure metadata, which will be listed to the right of the images, and you should check that these correspond with the preview. Unless you’ve ensured your images are aligned, check the Autoalign Images option and click Next. This can take a while with autoalign enabled. 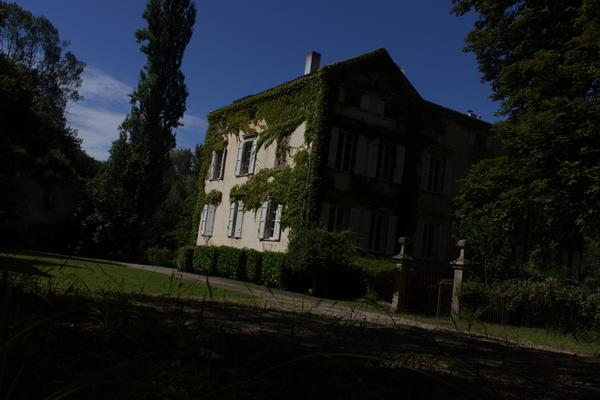 You can click Next to skip through the creation profile wizard. After a little more processing, you should be dropped back to Luminance HDR’s main window with a single tabbed image showing the results of your composition. It will probably look dark and terrible, but this is because we have yet to map the depth of image data to the screen. This is done by configuring a tonemap, and there are variety on offer. The quickest and easiest to use is called ‘Mantiuk ‘06’, and this should be selected from the drop-down menu in the tonemap panel. Below this, expand the result’s size resolution so you can get a better feel for the result – size will affect the processing, but not as much as the tonemap algorithm. We suggest saving the Luminance HDR project here, as we experienced a few stability problems. Now click on the ‘Tonemap’ button. This will generate a new tab with your first HDR image.

Playing with the options 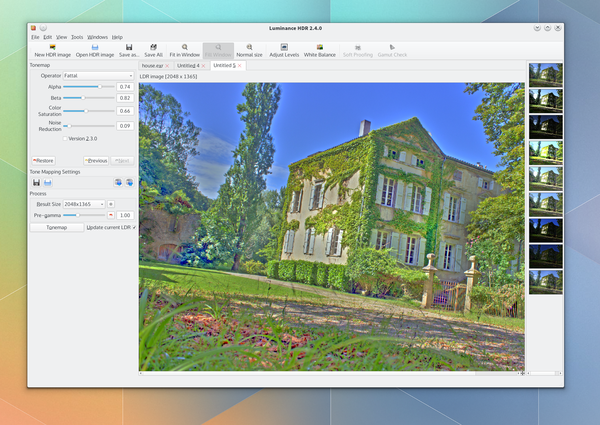 It takes a bit of time between each preview, so you now need to make small changes to the tonemap parameters until you get the HDR look you want. With ‘Mantiuk ’06’, we’d suggest ramping up the contrast and saturation factors and only sparingly adding to the detail factor. You’ll see what’s happening much easier than us possibly trying to explain it, but the detail slider adds that crazy haunting look that lots of HDR images use. If you find a combination you like, it’s worth saving it as a preset before moving on to another tonemapping algorithm. Each has a different style; ‘Mantiuk ’08’ is a more subtle version of the one we’ve been playing with, for example, whereas ‘Fattal’ really does add lots of noise and colour to an image – especially if you disable the ‘Version 2.3.0’ checkbox. The best thing to do is experiment and find a result you like before moving on to the final step. 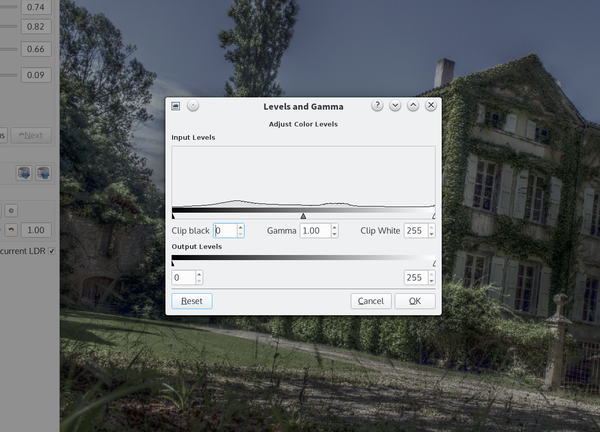 When you’ve got a result you like, we’d suggest opening the levels window and dragging the black arrow on the left and the white arrow on the right inward slightly to improve the contrast. You can turn on a real-time preview for this from the Tools menu to make your adjustments easier. You might also want to click on the White Balance button. Finally, save your creation just as you did the settings, only this time make sure the extension is .jpg.

Before sharing the file, we’d highly recommend making a few final changes using something like Gimp. This is because there are usually a few artefacts, and you can adjust the hues and contrast a little more intuitively in Gimp than you can within Luminance HDR. We also use The Gimp for a adding a slight blur and noise removal, before a final alignment and crop of the image before saving it.