In this episode: In our last podcast of the year, we get together to talk about the Pirate Bay, new cloud stuff from Canonical (and an imminent new phone!) and getting a Raspberry Pi into to space. We’ve got some ace finds, a neuron and the Voice of the Masses. 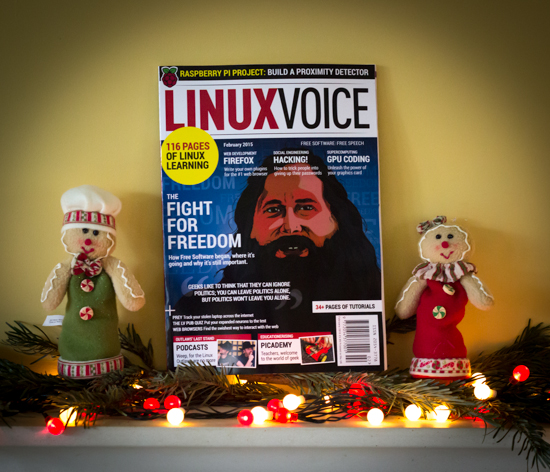 Thanks for saving the day Tim! If you’d like your neurons spoken in our first podcast of 2015, email mike@linuxvoice.com. Thanks!

Download the smaller yet even more awesome Opus file (21MB)