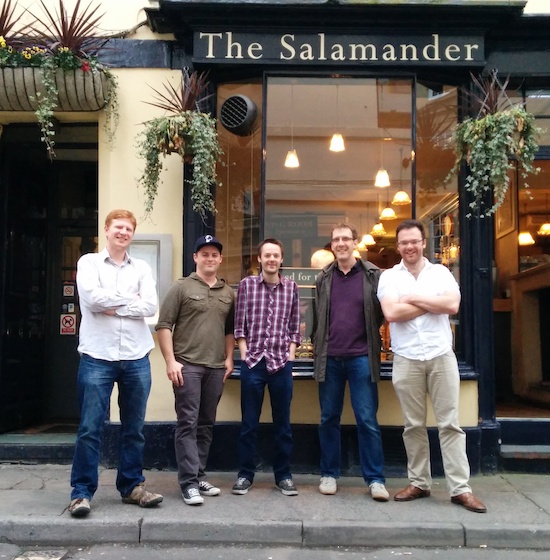 Straight after the podcast, we headed into Bath and The Salamander pub for a fantastic evening with Jake, the awesome 1,337 meal contributor from our Indiegogo campaign. Thanks Jake!

In this episode: More Microsoft news than you’ll find in a Microsoft podcast. Mozilla gets a new CEO. Gnome 3.12 has been released and we may finally be able to legally rip CDs in the United Kingdom. And Ben’s book is doing well on Amazon. We’ve got some lovely Finds of the Fortnight, a single neuron to share and an epic Voice of the Masses.

Thanks Rob! If you’d like your brains to be part of our next episode email mike@linuxvoice.com.