In this episode: The UK Government can’t make up its mind about how evil encryption is. Canonical is having difficulty elucidating its stance on Ubuntu IP rights. Several ex-Mozilla executives have forked Firefox OS and Windows 10 is a privacy nightmare. We’ve also got a particularly awesome Finds section, a couple of neurons to vocalise and the internet famous Voice of the Masses. 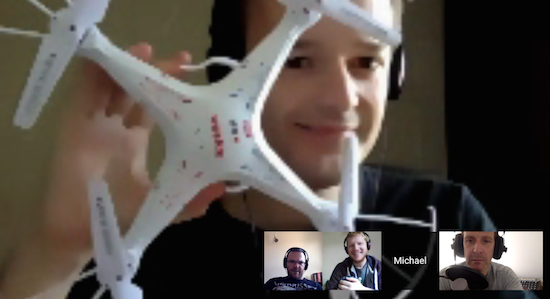 Mike shows us his deadly quadcopter!

Thanks Jasper! Thanks Remy! Here’s the link to the PiDP-8. Get in touch with Mike (mike@linuxvoice.com) if you’d like your neurons vocalised next episode.

Download the smaller yet even more awesome Opus file (18 MB)