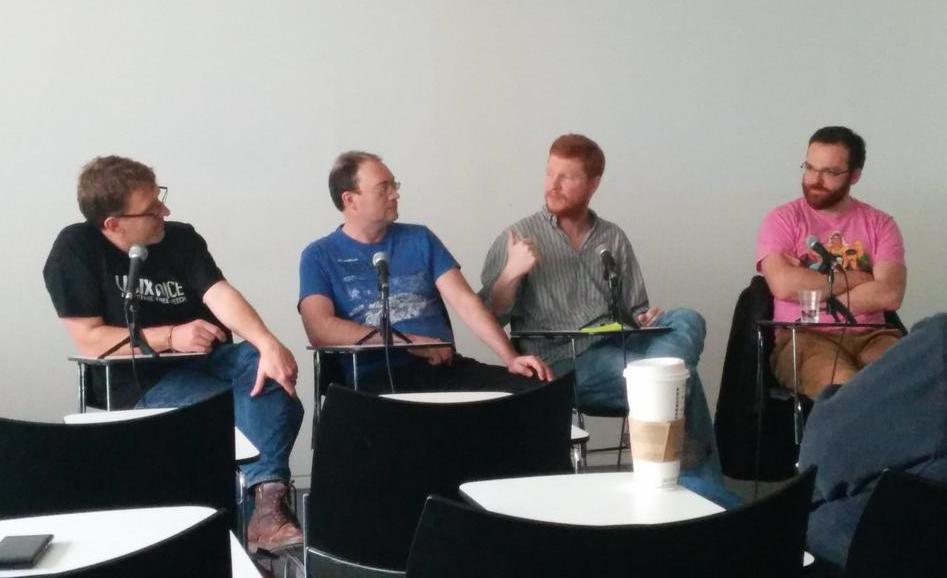 In this episode: The EU may or may not support Net Neutrality. Theresa May not. GNU HURD 0.7 is out and Apple bans security talks. We’ve got Finds and a Voice of the Masses with real voices from a real audience.

(we needed to make a few legibility edits due to not having an audience microphone, and the bells of Liverpool’s Metropolitan Cathedral can be heard for the last 20 minutes)

Theme Music by Brad Sucks.
And thanks to Ben Nuttall for the photo.

This work is licensed under a Creative Commons Attribution-ShareAlike 4.0 International License.