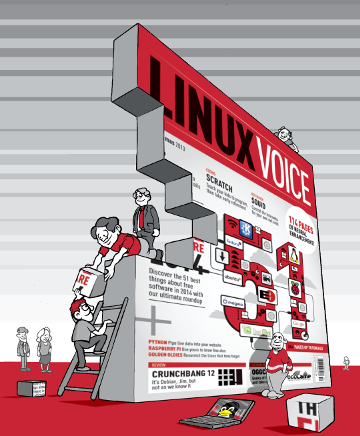 Work is already underway on Linux Voice issue 1, which should be in your hands and inboxes in February. We’ll put our (cumulative) decades of Linux magazine making experience into it, so rest assured it’ll be a corker. But Linux Voice is your magazine, and we want to make sure that everyone gets the most out of it. So as we get cracking, here’s your chance to tell us exactly what you want to see in the months ahead.

Maybe you want us to have a massive tutorials section, or perhaps you’d like to see more features on Free Software in the developing world. You might want us to focus our reviews on lesser-known distros, or spend more time looking at open hardware. Whatever the case, let us know your thoughts in the comments, and we’ll do everything humanly (and perhaps superhumanly) possible to cram it all into Linux Voice. Thanks!

(Illustration by Dave Saunders. May be related.)